Today’s Saturday. Another day spent doing nothing. Not because I don’t want to, but I always lack the motivation and energy to even get out of bed before one in the afternoon. Today I got up at two. It’s my mum’s birthday, but we celebarted her yesterday, so I haven’t seen her today.

I’ve started cathing up on Supernatural again, I’m watching season 1o right now, which is where I left off around a year ago, at that point I had watched every aired episode at least once.

I even cooked real food today, which rarley happens anymore, which is bad, I know, but I have no motivation to eat and I’m rarley even hungry anyways, and that really doesn’t help, just kind of makes is worse. It gives me even less motivation to actually eat.

I painted my nail properly for the first time in weeks, not that I haven’t wanted to, I have, and I’ve started several times. But I’m tired. Tired of everything and I don’t want to do anything at all at the same time as I want to to everything, I want to live and see the world. Yet I awlays end up anxious and upset and probably crying in my bed.

And I know not doing anythimg doesn’t help, it just makes it worse. It has always been like that. The less things I do, the less energy and motivation I have to actually do things. It’s a never ending evil circle of exhaustion that I never seem to get myself out of. But I have to. I have to get myself together and live. I have to do somethimg about my own misery, because no one else can.

Say Hi To My New Son! 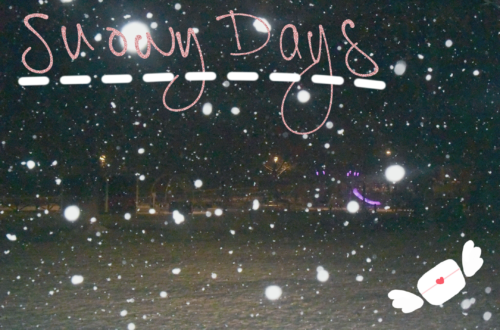