Hey there! Today I’m here with an outfit post, which I have not posted in a long time, but I do want to post a lot more of them, since I think they are fun to do, especially on days when I feel extra good about myself, since it’s fun to document those days. I did mean to take these photos when the sun was still up, but I had to go to the shops, and I ended up being away for a lot longer than I intended. I’ve been all over looking for a new face cream, because the one I have right now does just have a few uses left in it, and I found one online from and organic brand that isn’t too pricy, and several shops in town sell them, but i couldn’t find it anywhere, and I didn’t want to buy it online, mainly because I didn’t feel like I had time to wait for it to arrive, and you know, shipping costs sucks. But I ended up going to a shop called Life that I had totally forgotten that we had, which is strange, because I love natural and organic products, both when it comes to food, and especially skincare, which is their focus.

I ended up buying a face cream from a brand called Nonique, which I believe is a German brand, and I bought their Extreme Energy Face Cream, and I feel very good about my purchase, even though I haven’t used it just yet, I want to use up whats left of the one I’m using  first.

I’m wearing my snapback today, since my hair wasn’t really doing what I wanted it to do, it’s from Glitter, even though I bought it two years ago. I even think it’s in a blogpost from back then. Yep. Even though you can’t see it that well, but that was the post I was thinking about, it is in a few posts from way back when, if you for some reason is interested in what the Almond was up to in the spring of 2014. My choker is also from Glitter, even though it’s a more recent find.

As for the rest of my outfit, my skirt is one I made in the late months of 2014, before I even moved in to this apartment, though I have only wore it a hand full of times, even though I love it so much. It’s because I only wore longer skirts for a longer while, even though now I wear skirts in a wider variety of lengths. I am planning on making a sort of underskirt for my shorter skirts, since they can be a bit of a hassle when you have a big butt. It works fine when I’m wearing leggings and such, but it is kind of frustrating, I’m sure you can imagine.

The leggings I am wearing is a pair of sports leggings from the brand, Panos Emporio, in the women’s section even though their website is mainly just slightly expensive bathing suits, so here is the leggings on the website of the active wear retailer that I got them from. They don’t seem the have the colour that I have though, but it’s called Corall Melange. With two L’s according to the tag. I’m very pleased with these leggings, because they are not expensive at all, at the outlet at least, the original price is a lot more, and they fit just like I want them to, and they come in lots of fun colours, so I might buy some more at some point in time. They are  a little bit sheer though, which is a minor struggle when I am wearing a short skirt or dress, but it’s easily fixed with a pair of biker pants underneath.

The flannel, is from H&M’s men’s section, and the top, which is actually a body, is from Lidl.

My earrings and silver necklace is also from Glitter.

See you next time! 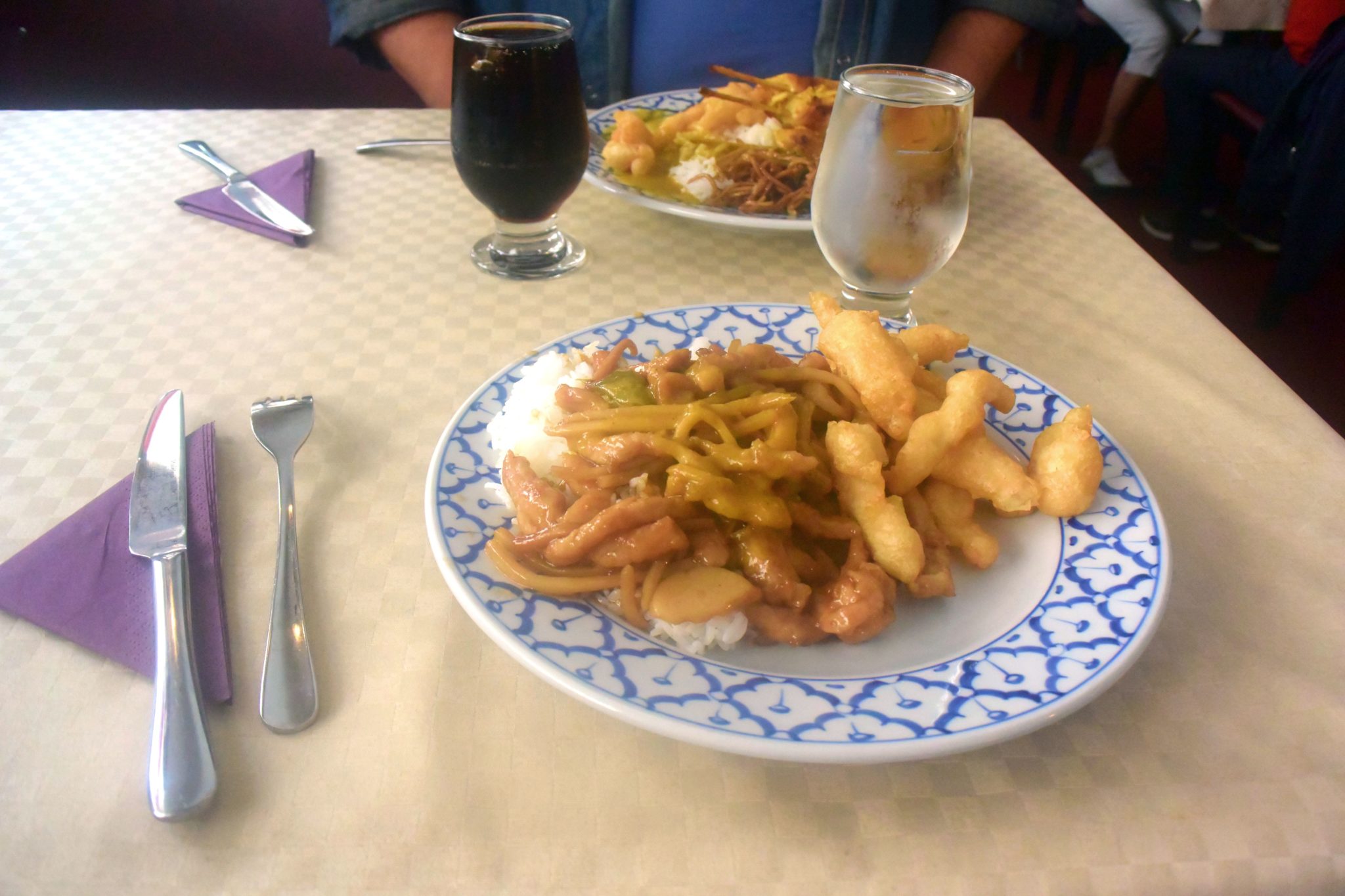 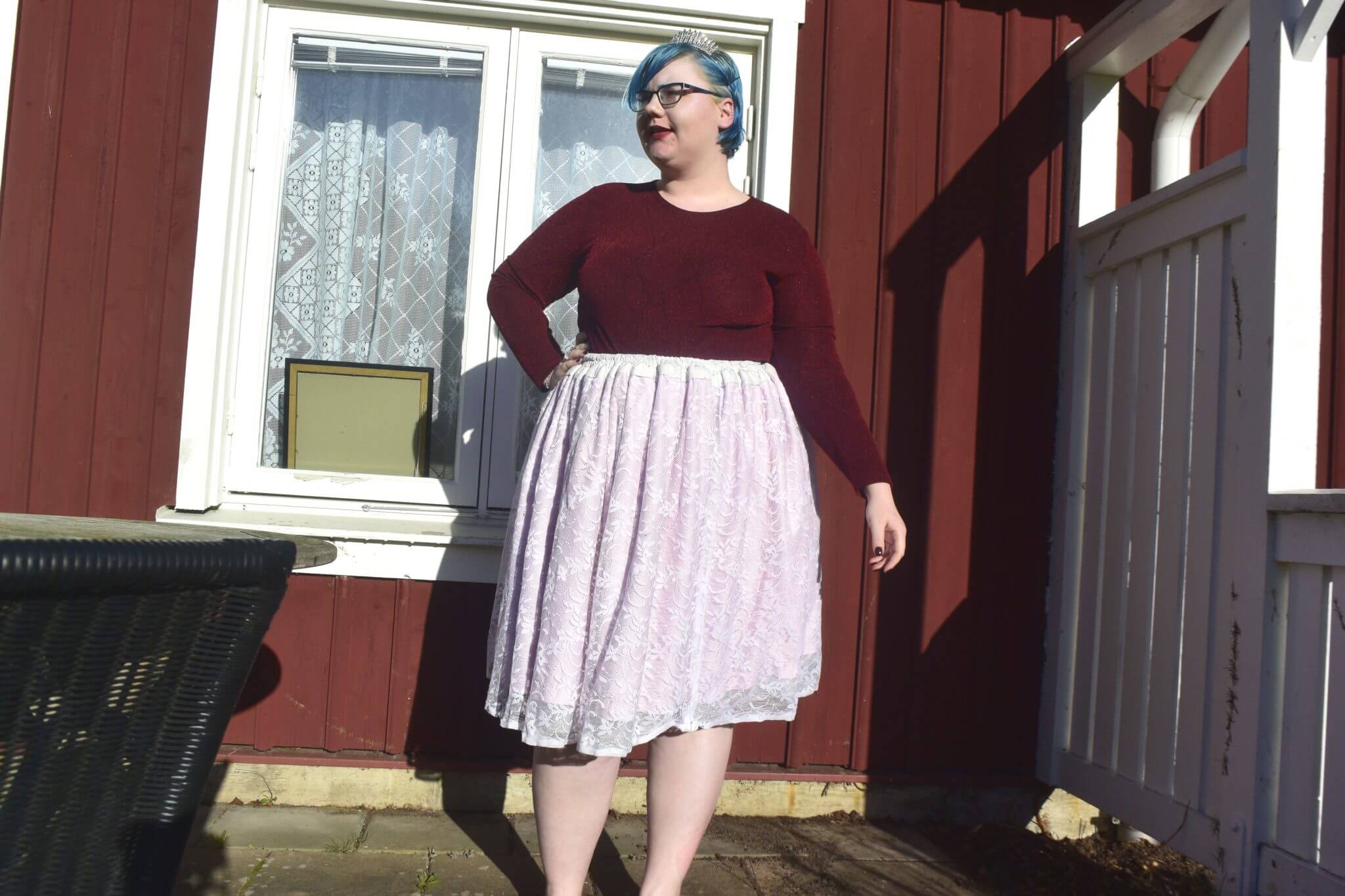