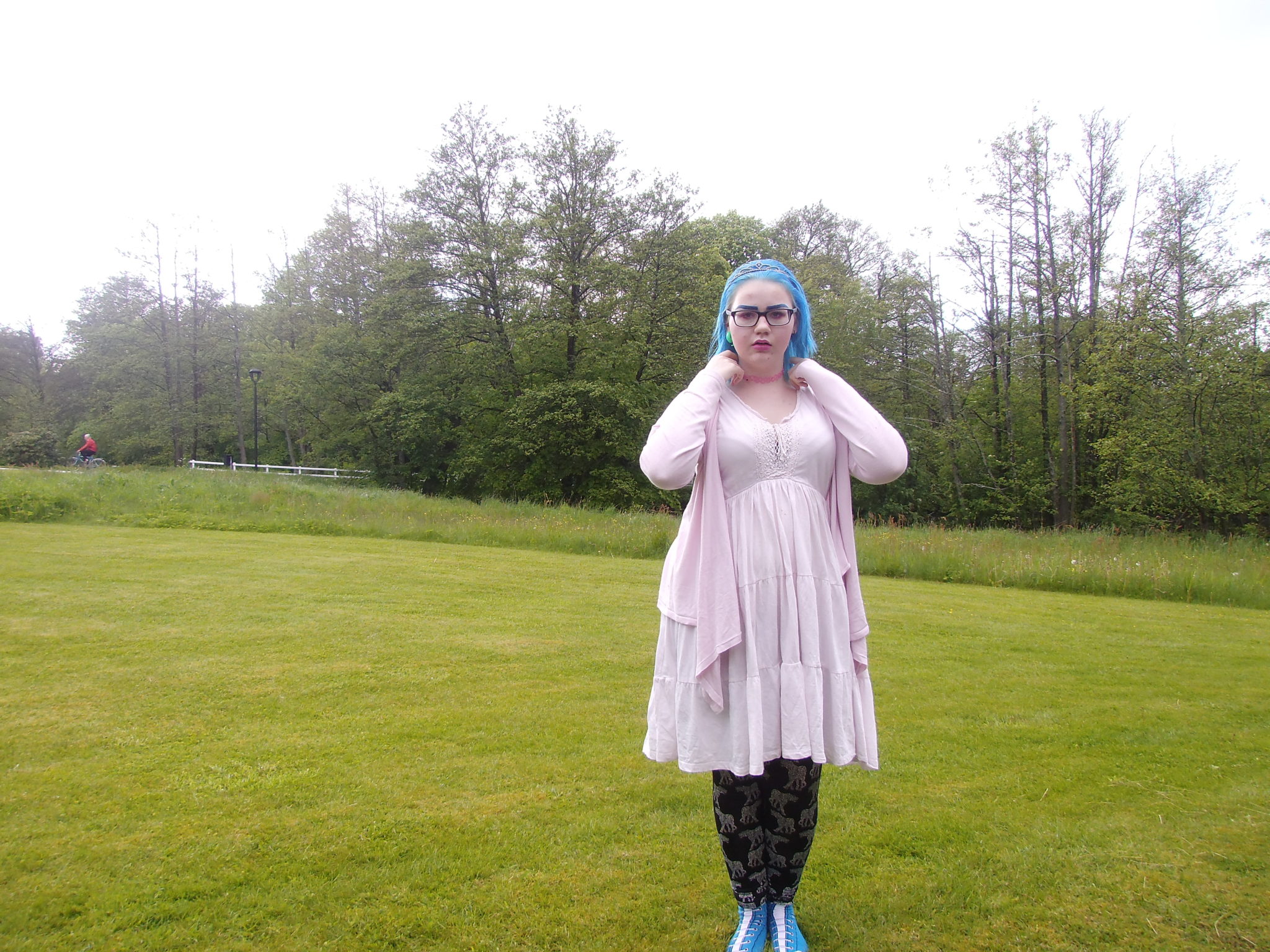 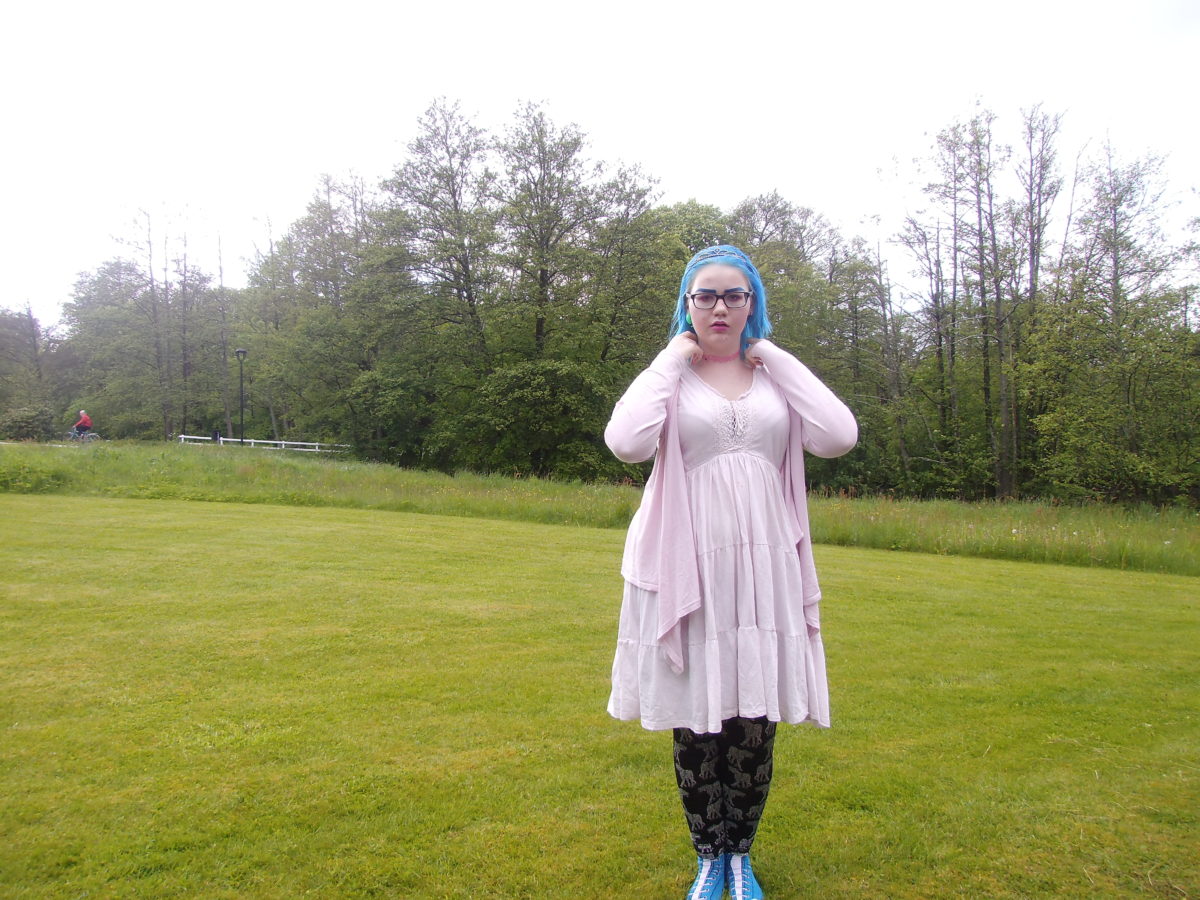 Today I present to you, an outfit post. Pink is now and will probably always be; Pink. The majority of the things I own is pink. My second favourite colour by the way, is blue. But anyways, this dress is from That one shopping trip we took, and I showed you what we ate. The cardigan is actually from the same place, except I bought it in late September last year. The leggings are from H&M, I bought them there in May 2013. They’re the shiny kind, and H&M still sells the shiny kind of leggings in lots of patterns for not that much. I payed like 100 SEK for these (10 Euros). The socks are completely irrelevant to this outfit because they don’t match anything, except for maybe my hair. But I didn’t mean for them to get in the picture. But if you want to know, they’re the ones that looks like sneakers, and I got three pairs of these from my sister for Christmas of 2013.

I’m honestly surprised there are not more pictures of me like the second one, considering I push my glasses up about for times a minute. That may be an extradition, but if you also wear glasses you know how I feel. 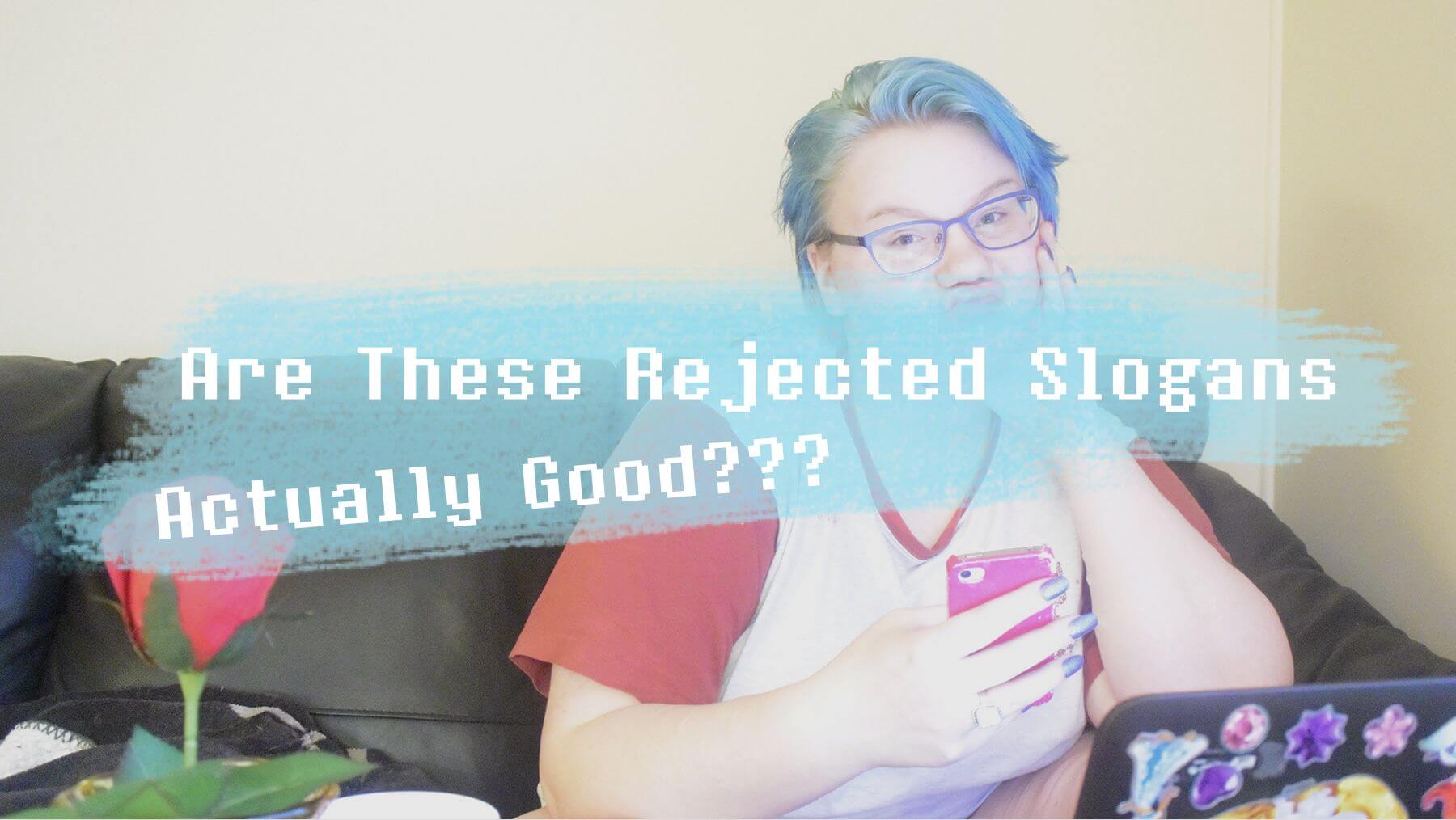 Are These Rejected Fastfood Slogans Actually Quite Good? // Monday, 15.05.17