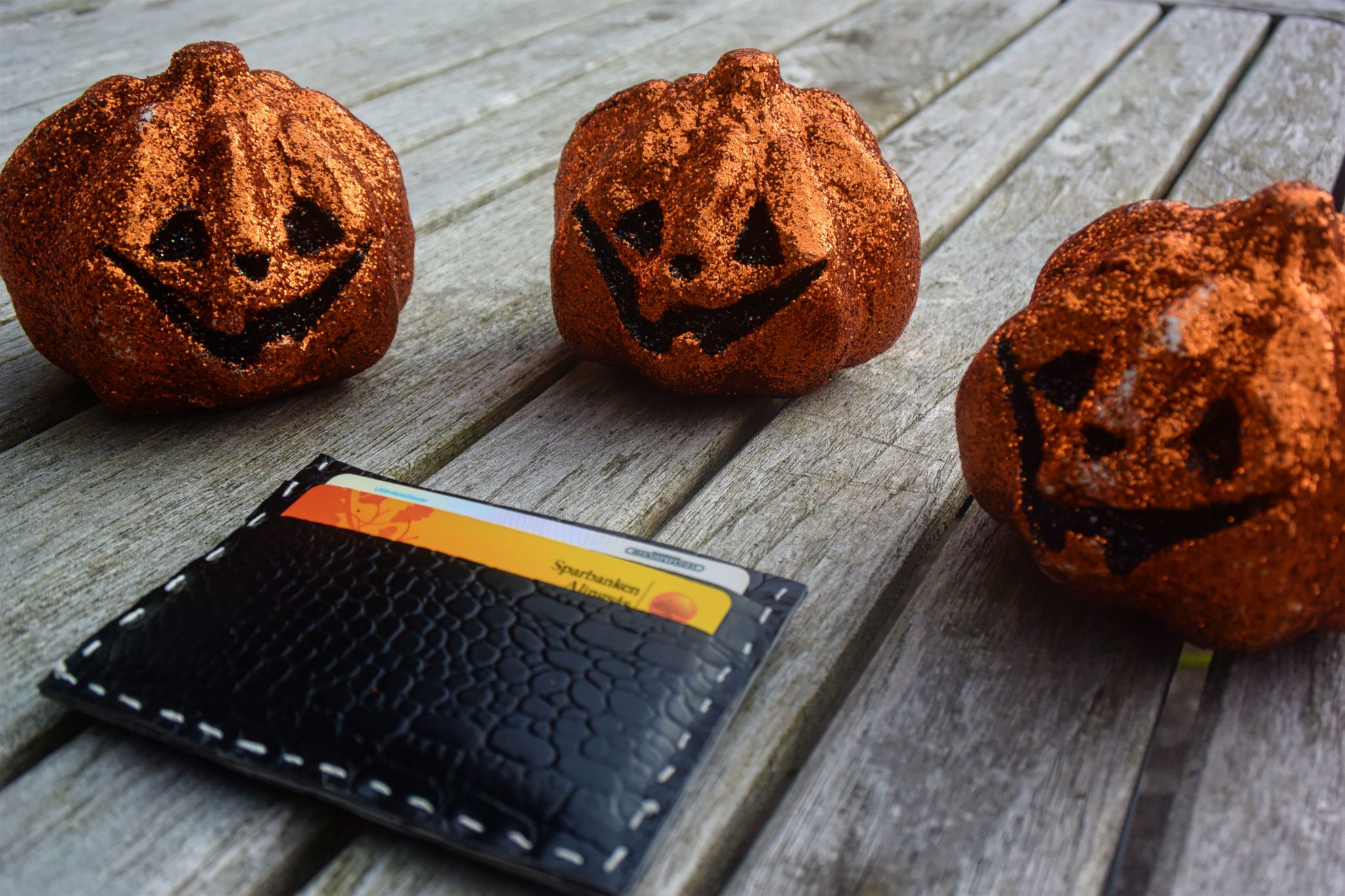 Hi there, buddioes! A few weeks ago, I was at a interior design/furniture store with my dad, and he found this table matt, that is in the same faux-reptile-leather-look that my bag was, and remembered that I had talked about attempting to make a cardholder, but not being able to really get it right. What I’m trying to tell you, with my story, is that I made a cardholder out of a table matt. I searched on the world wide interwebs for a pattern, or some kind of tutorial, since I wanted to get it right this time, and I found this pattern, and used it as a guide, but made some adjustments. It was fairly easy to make, the hardest part was cutting the pieces properly, and then later on getting the needle through the material. It would’ve been easier if I had found my good, bigger needle, but at the time I had forgotten where I had putt it.

I have since completing this project, made a handbag out if the same material as well, which I am planning on showing you as well, but I have one finishing touch left before I want to do that. I am also thinking about doing one or two makeup bag-esque things as well.